When the Salomon S/Lab Shift MNC 13 Alpine Touring Ski Bindings first dropped, they represented a quantum leap forward in freeride binding design. Fast forward a few years and the industry is still playing catch up, with nothing to rival their versatility and performance at the same low weight. Combining the smooth uphill performance of pin technology with the added safety, reliability, and power transfer of fully DIN certified release, they're a fantastic choice for skiers looking to service both resort and backcountry riding on a single setup. Furthermore, MNC compatibility means they play nice with almost every boot in the known universe - a comforting notion given the dizzying array of options. For backcountry beginners and grizzled vets alike, the Salomon S/Lab Shift MNC 13 Alpine Touring Ski Bindings are in a class of their own.

Automatic Wing Adjustment – Automatic adjustment just by stepping-in. You can forget but nevertheless trust your binding!

XL Wings – Long wings for a great envelopment of the boots.

Freeski Brakes – Self-retracting brakes for a close position to the heel so they never catch. 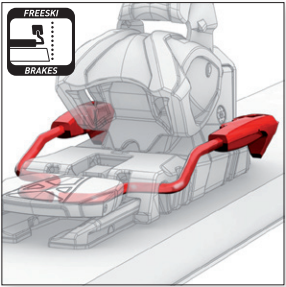 Hike and Ride Switch – Lever at toe shifts between hike and ski mode.

Accessing Toe for Touring – 1. Pull back on block between toe wings to open tech arms. 2. Depress front lever to widen arms to step in. 3. Pull up on lever to lock arms securely for skinning.

Preparing Heel for Touring – Pull back on the brake pad and fix the brake in the "up" position by stepping down on the pad. 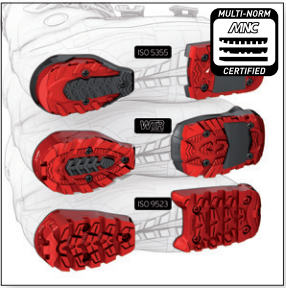 Tech Toe Fittings Required For Use In Uphill (Touring) Mode

Requires Boot with Full Heel and Toe Lugs – Not compatible with boots like the Dynafit Hoji Pro Tour and TLT, Atomic Backland, Salomon X-Alp and Arc'teryx Procline, among others. These boots have shortened or non-existent lugs and will not fit into the Shift in downhill mode. 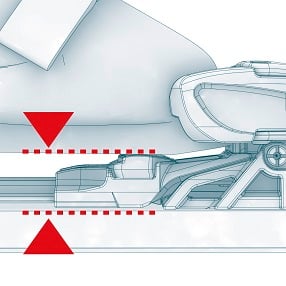 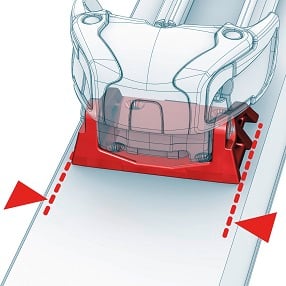 +Elastic Travel – Ultimate elastic travel to hold in boots during impact in order to go bigger with no risk of pre-release.

We recommend a brake width equal to or at most 15 mm wider than the ski waist width.